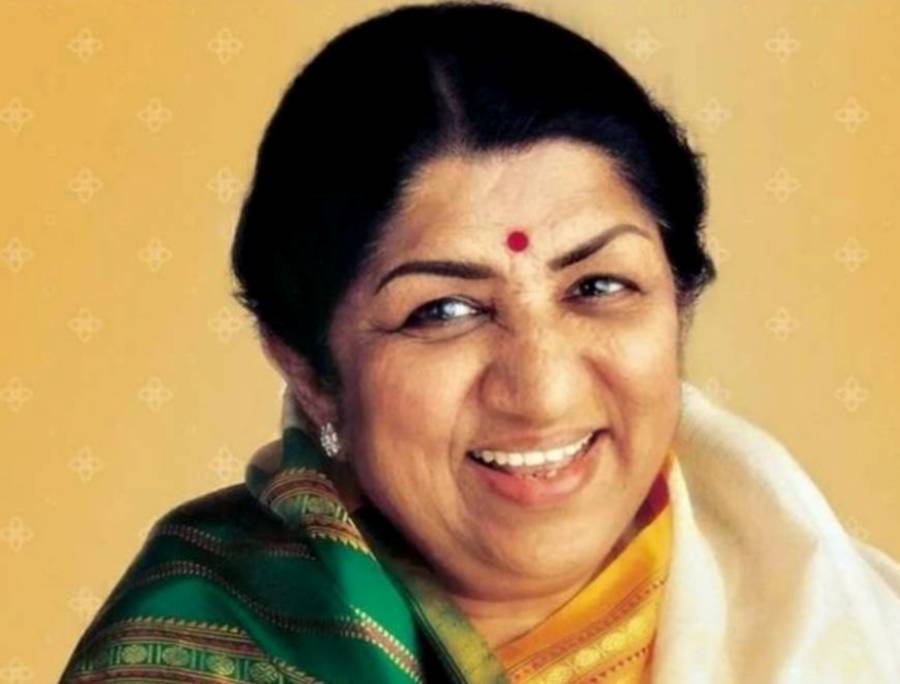 Lata Mangeshkar (born as Hema Mangeshkar; 28 September 1929 – 6 February 2022) was an Indian playback singer and occasional music composer. She attended a school in Mumbai; only for a single day. She is widely considered one of the greatest and most influential singers in India. Her contribution to the Indian music industry in a career spanning seven decades gained her honorific titles such as The Nightingale of India, Voice of the Millennium and Queen of Melody.

Lata Mangeshkar was born in a Maharashtrian family in Sikh Mohalla, Indore, in the State of Madhya Pradesh. Her father, Pandit Deenanath Mangeshkar who belonged to a Konkani-speaking Kalavant family from Goa, was a classical singer and theatre actor. Her mother Shudhhamati, who was from Thalner, was Deenanath's second wife. Her first Hindi song was Mata Ek Sapoot Ki Duniya Badal De Tu for the Marathi film, Gajaabhaau (1943). Lata moved to Mumbai in 1945 when Master Vinayak's company moved its headquarters there. She started taking lessons in Hindustani classical music from Ustad Amanat Ali Khan Bhendibazaarwale. “Aayega Aanewaala,” a song in the popular movie Mahal (1949) proved a turning point for her. The song was composed by music director Khemchand Prakash and lip-synced on screen by actress Madhubala. In the 1950s, Lata sang songs composed by various acclaimed music directors of the period, including Anil Biswas, Shankar-Jaikishan, Naushad, S.D. Burman, C. Ramchandra, Hemant Kumar, Salil Chowdhury, Khayyam, Ravi, Sajjad Hussain, Roshan, Kalyanji-Anandji, Vasant Desai, Sudhir Phadke, Hansraj Behl, Madan Mohan and Usha Khanna. Acclaimed music director O.P. Nayyar was an exception who favoured Lata's sister Asha Bhosle as the singer of many of his compositions.

She recorded songs in over thirty-six Indian languages and a few foreign languages, though primarily in Hindi, Bengali, and Marathi. She received several accolades and honours throughout her career. In 1989 the Dadasaheb Phalke Award was bestowed on her by the Government of India. In 2001, in recognition of her contributions to the nation, she was awarded the Bharat Ratna, India's highest civilian honour; she is only the second female singer, after M. S. Subbulakshmi, to receive this honour. France conferred on her its highest civilian award, Officer of the National Order of the Legion of Honour, in 2007. She was the recipient of three National Film Awards, 15 Bengal Film Journalists' Association Awards, four Filmfare Best Female Playback Awards, two Filmfare Special Awards, the Filmfare Lifetime Achievement Award and many more. In 1974, she was one of the first Indian playback singers to ever perform at Royal Albert Hall, London.