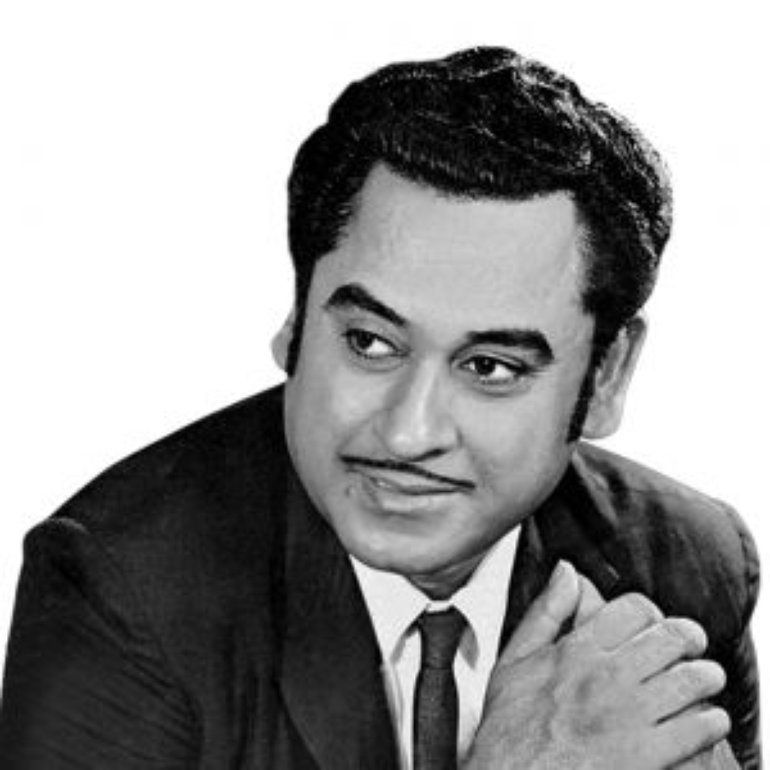 Kishore Kumar (born Abhas Kumar Ganguly (4 August 1929 – 13 October 1987) was an Indian playback singer and actor. He is widely regarded as one of the greatest and most dynamic singers in the history of Indian music.

He was one of the most popular and versatile singers in the Indian film industry, notable for his yodelling and ability to sing songs in different voices, including the female voice. Kumar used to sing in different genres; from soft numbers to peppy tracks, sad numbers to romantic moods, rock and roll, Rabindra Sangeet, semi-classical songs but some of his rare compositions which were considered classics were lost in time. According to Ashok Kumar, Kumar's success came because his voice hit the microphone straight at its most sensitive point. Apart from Hindi, he sang in many Indian languages including Bengali, Marathi, Assamese, Gujarati, Kannada, Bhojpuri, Malayalam, Odia, Urdu etc. He also released a few non-film albums in multiple languages especially in Bengali which are noted as all-time classics.

He won 8 Filmfare Awards for Best Male Playback Singer and holds the record for winning the most Filmfare Awards in that category. He was awarded the Lata Mangeshkar Award by the Madhya Pradesh government in 1985–86. In 1997, the Madhya Pradesh Government initiated an award called the "Kishore Kumar Award" for contributions to Hindi cinema. In 2012 Kumar's unreleased last song sold for Rs 1,560,000 at the Osian's Cinefan Auction in New Delhi.