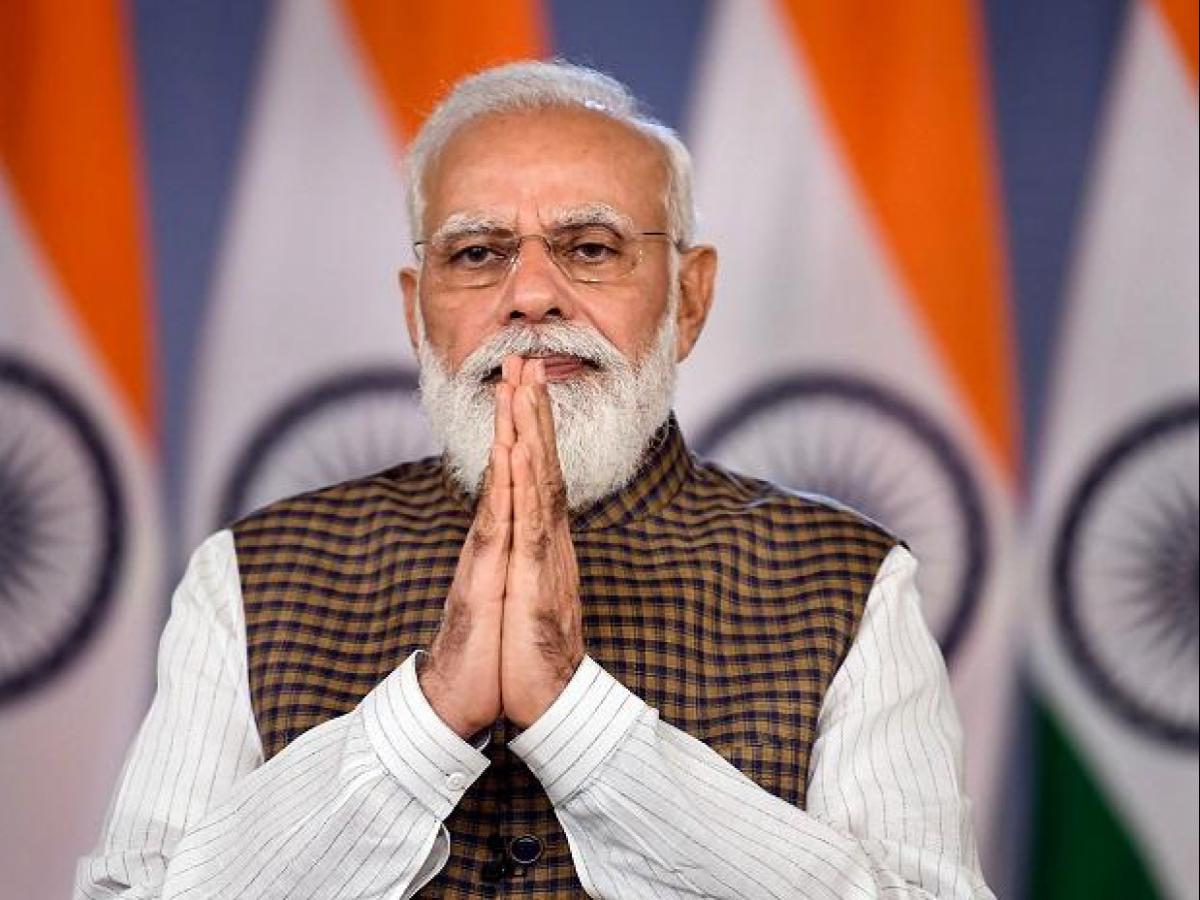 Narendra Damodardas Modi is an Indian politician serving as the 14th and current prime minister of India since 2014. Modi was the chief minister of Gujarat from 2001 to 2014 and is a Member of Parliament from Varanasi. Born and raised in Vadnagar, a small town in northeastern Gujarat, Modi completed his secondary education there. He was introduced to the RSS at age eight. He has drawn attention to having to work as a child in his father's tea stall on the Vadnagar railway station platform, a description that has not been reliably corroborated. At age 18, Modi was married to Jashodaben Chimanlal Modi, whom he abandoned soon after. He left his parental home where she had come to live. He first publicly acknowledged her as his wife more than four decades later when required to do so by Indian law, but has made no contact with her since. Modi has asserted he had travelled in northern India for two years after leaving his parental home, visiting a number of religious centres, but few details of his travels have emerged. Upon his return to Gujarat in 1971, he became a full-time worker for the RSS. After the state of emergency declared by prime minister Indira Gandhi in 1975, Modi went into hiding. The RSS assigned him to the BJP in 1985 and he held several positions within the party hierarchy until 2001, rising to the rank of general secretary

Modi was appointed Chief Minister of Gujarat in 2001 due to Keshubhai Patel's failing health and poor public image following the earthquake in Bhuj. Modi was elected to the legislative assembly soon after. His administration has been considered complicit in the 2002 Gujarat riots in which 1044 people were killed, three-quarters of whom were Muslim, or otherwise criticised for its management of the crisis. The Supreme Court remarked that Narendra Modi was like a Modern-day Nero, looking the other way as innocent women and children were burning. A Supreme Court of India-appointed Special Investigation Team found no evidence to initiate prosecution proceedings against Modi personally. While his policies as chief minister—credited with encouraging economic growth—have received praise, his administration has been criticised for failing to significantly improve health, poverty and education indices in the state. He is a member of the Bharatiya Janata Party (BJP) and of the Rashtriya Swayamsevak Sangh (RSS), a right-wing Hindu nationalist paramilitary volunteer organisation.

He is the first prime minister to have been born after India's independence in 1947 and the second prime minister not belonging to the Indian National Congress to have won two consecutive majorities in the Lok Sabha or lower house of Indian parliament. Modi led the BJP in the 2014 general election which gave the party a majority in the Indian lower house of parliament, the Lok Sabha, the first time for any single party since 1984. Modi's administration has tried to raise foreign direct investment in the Indian economy and reduced spending on healthcare and social welfare programmes. Modi has attempted to improve efficiency in the bureaucracy; he has centralised power by abolishing the Planning Commission. He began a high-profile sanitation campaign, controversially initiated a demonetisation of high-denomination banknotes and transformation of taxation regime, and weakened or abolished environmental and labour laws.