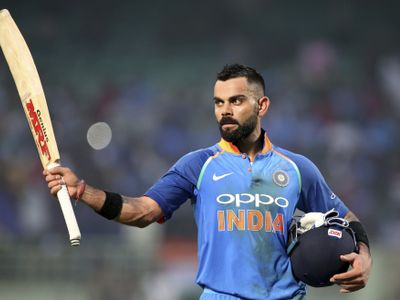 Virat Kohli ( born 5 November 1988) is an Indian international cricketer and former captain of the Indian national team. He plays for Delhi in domestic cricket and Royal Challengers Bangalore in the Indian Premier League as a right-handed batsman. Kohli has often been considered one of the best batsmen of his era and some critics believe him to be one of the best limited-overs batsmen in history. Between 2013 and 2022, Kohli captained the India cricket team in more than 200 matches across all three formats.

ODI career Virat Kohli made his international debut against Sri Lanka in Dambulla as an opener and was dismissed for 12. Initially, Kohli was included in the Indian squad as a reserve batsman, but he soon established himself as a regular in the ODI middle-order and was part of the squad that won the 2011 World Cup. He scored his first international fifty in his 4th ODI against Sri Lanka while his first international century (117) came against the same side in 2009 as he stitched a 227-run partnership with Gautam Gambhir in a run chase. In 2010, Kohli became the fastest Indian batsman to reach 1,000 runs in ODI cricket. He played a significant role in India’s 2011 ICC World Cup win. Batting at number 3, he scored a century against Bangladesh and was part of a crucial fifty-run partnership for the 3rd wicket in the World Cup final. Kohli was appointed the vice-captain of the national ODI team in 2012. In ODIs, Kohli holds the world record for being the fastest batsman to reach 10,000 runs (205 innings). Kohli has the second-most number of centuries and the most number of centuries in run-chases in the world. Kohli holds numerous Indian batting records, including the fastest ODI century, the fastest batsman to reach 5,000 ODI runs and the fastest to hit 10 ODI centuries. In April 2019, he was named to India's squad for the 2019 Cricket World Cup. IPL career Virat Kohli is one of the few cricketers who have played for the same franchise across all editions of the Indian Premier League (IPL) so far. He has been part of Royal Challengers Bangalore (RCB) since the first season of IPL. Kohli was given a youth contract for RCB in 2008. In the first IPL, he scored merely 165 runs in 12 innings at an average of 15 and a strike rate of 105.09. In the 2011 season, Kohli was the only player who was retained by RCB and he was made the vice-captain. Kohli amassed a total of 557 runs at an average of 46.41, including 4 fifties. In IPL 2012, his form declined as he scored 364 runs. Kohli was appointed the RCB captain in 2013, but he could not take his team to the glory; his franchise finished 5th in the group stage. Test career Virat Kohli made his Test debut in 2010 against Windies at Sabina Park. He was appointed the Test captain after Mahendra Singh Dhoni’s retirement from Test cricket in 2014. Kohli holds the record for the most number of consecutive wins in Tests (9) as captain. He also became the first batsman to score three centuries in his first three innings as Test captain. He is also the first Test captain to score a double century overseas.