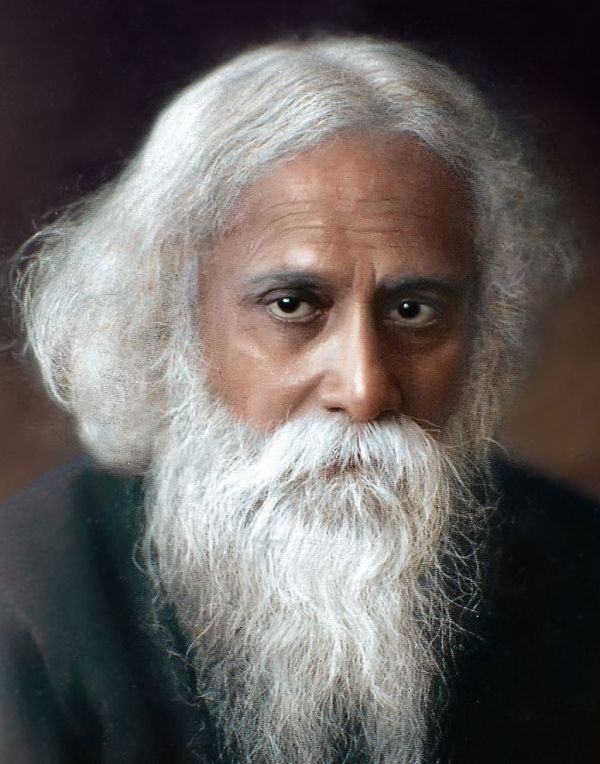 Rabindranath Tagore ( 7 May 1861 – 7 August 1941) was a Bengali polymath—poet, writer, playwright, composer, philosopher, social reformer and painter. He reshaped Bengali literature and music as well as Indian art with Contextual Modernism in the late 19th and early 20th centuries. A Bengali Brahmin from Calcutta with ancestral gentry roots in Burdwan district Jessore.

R.N Tagore was only eight years old when he first wrote a poem. By the age of sixteen, his short story got published, titled “Bhanusimha”. R.N Tagore’s contribution to literature is beyond any measure. He was the one who had introduced new verses and prose and also lingua franca in his mother tongue, which is Bangla. R.N Tagore after returning to India after leaving his education, but he did not leave literature. R.N Tagore published several books of Rabindranath Tagore poems and short stories, plays, and songs. His most renowned work, called “Gitanjali”, was very well received all over India and England. He is the author of two National Anthems, which are “Amar Sonar Bangla” for Bangladesh and “Jana Gana Mana” for India. He worked with very unfamiliar and different styles in Bangla Language. Some of them are heavily immersed in social and political satire. He was one of those who believed in global peace and equality. He is one of the pioneers of contemporary Bengali literature. After returning to India, he completed and published his book of poems called “Manasi” which was believed to contain his best poems. “Manasi” contained several verse forms which were fresh to contemporary Bengali literature, and it also contained some political and social satire that questioned and mocked R.N Tagore’s fellow Bengalis. Besides writing and working on literature, R.N Tagore also participated in the family business. In 1891, he went to East Bengal, which is now in Bangladesh, to look after his ancestral estates and lands at Shahzadpur and Shilaidaha for almost 10 years. He spent some time in a houseboat at Padma river, and his sympathy for village folk became the keynote of most literature later in his life. In East India, poems and other works of Rabindranath Tagore were published as a collection in the book called “Sonar Tari” and a very notable and celebrated play called “Chitrangada”. He has written over two thousand songs which are very popular in Bengal until now. When R.N Tagore was in his 60s, he tried his hand at painting, and for the talented man he was, his works won him a good name among India’s topmost contemporary artists.

Author of the "profoundly sensitive, fresh and beautiful" poetry of Gitanjali, he became in 1913 the first non-European and the first lyricist to win the Nobel Prize in Literature. Tagore's poetic songs were viewed as spiritual and mercurial; however, his "elegant prose and magical poetry" remain largely unknown outside Bengal. He was a fellow of the Royal Asiatic Society. Referred to as "the Bard of Bengal", Tagore was known by sobriquets: Gurudev, Kobiguru, Biswakobi. As an exponent of the Bengal Renaissance, he advanced a vast canon that comprised paintings, sketches and doodles, hundreds of texts, and some two thousand songs; his legacy also endures in his founding of Visva-Bharati University. His compositions were chosen by two nations as national anthems: India's "Jana Gana Mana" and Bangladesh's "Amar Shonar Bangla". The Sri Lankan national anthem was inspired by his work.